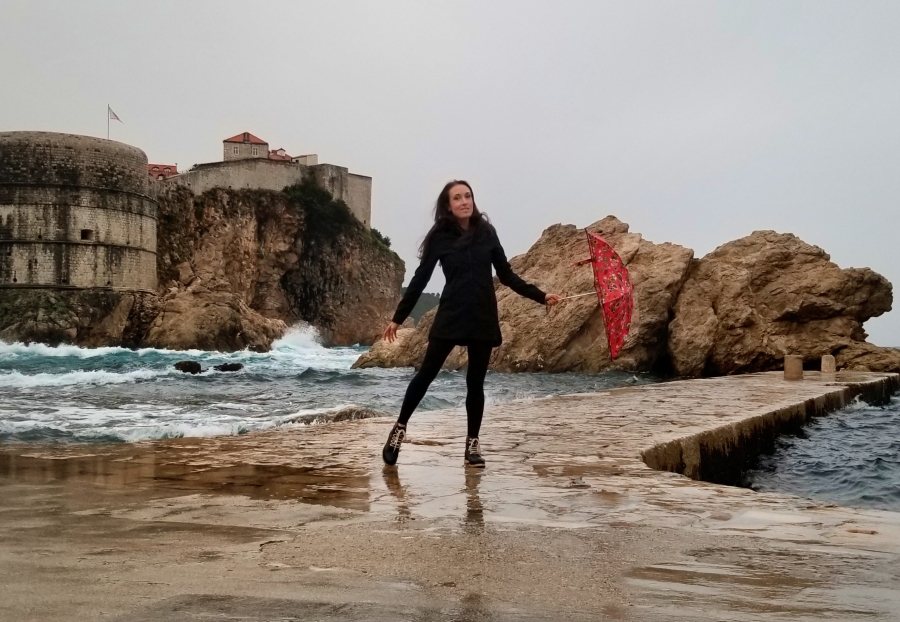 Croatia is one of those up-and-coming countries. Gaining popularity, but still not as touristed (yup, it’s a word) as Italy and other nearby European nations. At least, not yet.

And that, my friends, is why I’m urging you to add Croatia to your travel bucket list ASAP if it’s not already penciled in. Better yet, bump it to the top and GO. NOW. Before even more of the world starts flocking there.

Much of Croatia’s recent popularity can be attributed to the HBO series, Game of Thrones, with Croatia being a major filming site. The show exposed the world to the beauty that Croatians enjoy every day—and voila. Travel boom. No doubt, seeing an increasing amount of Croatia photos on Instagram is what led me to move Croatia to the top of MY list.

Unfortunately, flight deals to Croatian airports weren’t super common in 2019. So, when a Scott’s Cheap Flights deal from Knoxville to Vienna popped up for only $462 roundtrip, I pounced. Why? Because I knew I could drive from Vienna to Croatia and make a roadtrip out of it. And that’s just what I did.

Whether you roadtrip or not, I’m telling ya. Figure out a way to get yo’self to Croatia. STAT. Here’s why:

Everywhere you go in Croatia is beautiful!

Over 1,000 miles of coastline along the Adriatic Sea—that includes over 1,000 islands. Mountains for daysssss. Stunning waterfalls. I basically drove this country from top to bottom and can’t recall a single area that just looked blah.

Your US dollars go a lot further in Croatia

Unlike most European countries, Croatia uses the Kuna. Currently, 1 Kuna (HRK) = $0.15 USD, which is a whole lot better than the Euro/USD ratio. All three of my Airbnbs in Croatia had a water view for under $60 USD per night. Of course, I did travel during the off-season, but still. In comparison, my Airbnb in Vienna was double that for one night… with absolutely no view. Take advantage of that currency exchange rate!

I struggled to choose only four locations to visit in Croatia. Five, if you count my half-day trip to Plitvice Lakes National Park. I finally settled on Pula, Split, Dubrovnik, and Zagreb (the capital)—with that Plitvice excursion thrown in. Other contenders were Zadar, Rijeka, islands like Hvar and Brac, Krka National Park, and several hiking spots—Velebit, Mosor, Biokovo, and Paklenica National Park. There’s always next time!

At most, you’d spend about 7 hours driving from Pula in the north to Dubrovnik in the south. So, if you want to see multiple places, it’s easy to break your itinerary down into manageable chunks of driving per day to experience multiple cities and sites.

It’s easy to drive a rental car in Croatia

As I mentioned above, I drove the entire length of Croatia. That’s more than enough miles to say (with confidence!) that travel by car isn’t any more challenging than a roadtrip in the US. The Croatian highway system connects the major cities and towns and is well-kempt, thanks to all the tolls. I also never had trouble finding a petrol station when I needed to fuel up. Of course, depending on where you go, you may need to navigate some back-country roads. Still, I managed—same as I do in Tennessee. If I can do it, you can do it.

Croatia’s history and architecture are OLD

I’m talking centuries. Literally ancient times. The Roman arena in Pula dates from 27 BC. Diocletian’s Palace in Split was built in the 4th century AD. And Dubrovnik’s Old Town walls—though not ancient—are well-preserved from the 16th century. They’re even on the UNESCO World Heritage list, which equals MUST SEE. Wandering the Old Town area of each city was like a museum come to life. No admission necessary—although there are museums you can visit, too.

I could go on. But I won’t. If I haven’t sold you on Croatia yet, I likely never will. And if you are sold, well, you need to stop reading this and go update your bucket list. Make a plan. Book a flight. Whatever it takes to make Croatia happen.

You won’t be disappointed. That’s the Jayme guarantee.

3 thoughts on “Is Croatia on Your Bucket List? 5 Reasons You Must Visit”